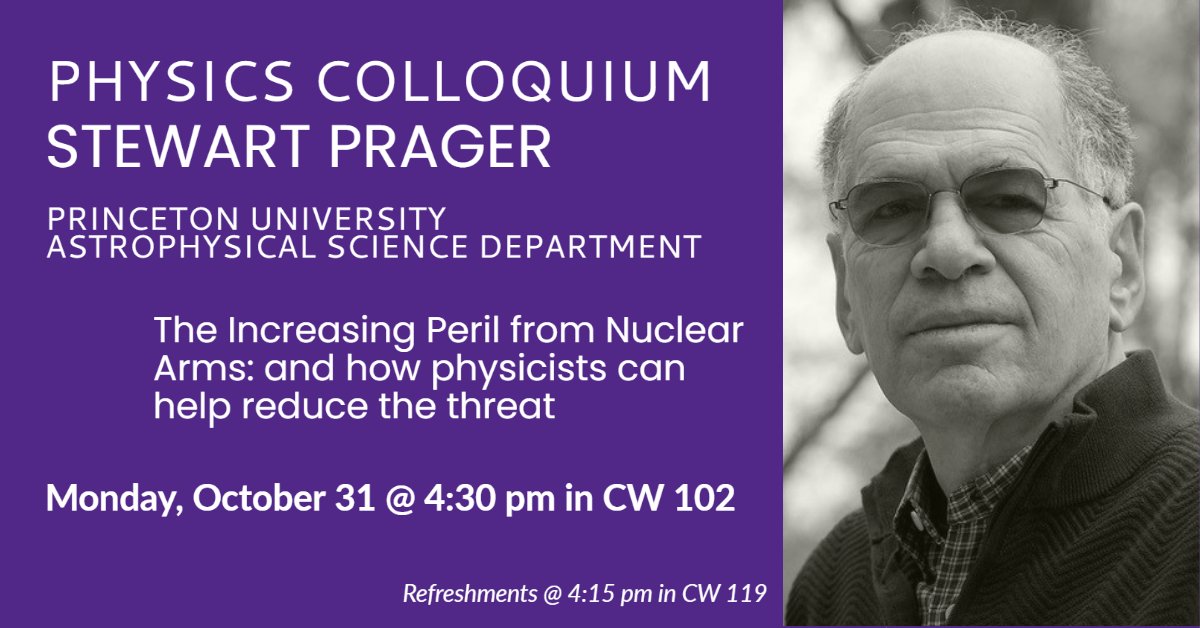 With geopolitical and technological changes mostly driven by the nuclear weapons states, we are witnessing a new nuclear arms race and deterioration of the multi-decade arms control regime. This talk will describe the current critical situation, feasible steps to reduce the nuclear threat, and a new project sponsored by the American Physical Society to engage physical scientists in advocacy for nuclear threat reduction.

Stewart Prager is professor of astrophysical sciences at Princeton University, an affiliated faculty with the Program on Science and Global Security and former director of the Princeton Plasma Physics Laboratory, Previously, while professor of physics at the University of Wisconsin – Madison, he directed the Madison Symmetric Torus experiment and the Center for Magnetic Self-Organization in Laboratory and Astrophysical Plasmas. His research has been in plasma physics and fusion energy, although his recent focus is on nuclear threat reduction.